Like many Black women before her, Fulton County District Attorney Fani Willis has stepped up to ensure accountability where others have declined.

Last week, the Georgia prosecutor announced she opened a criminal investigation into Donald Trump’s insistence that the secretary of state find thousands of votes to overturn Joe Biden’s election victory in the state.

She has since requested that Secretary of State Brad Raffensperger preserve all records related to Trump during the 2020 election. Willis says she’s the state’s only entity with authority that did not have a conflict of interest when it comes to questions about legal repercussions stemming from the early January call from Trump pressuring Raffensperger to interfere with the election.

Willis’ actions make it seem like for once there may be more than just talk happening.

Speaking with MSNBC’s Rachel Maddow, Willis said her investigation could extend beyond the phone call released by Raffensperger’s office. Whether that includes efforts by Georgia elected officials and other political figures to aid the former president’s efforts is yet to be seen.

Willis is in good company, as New York Attorney General Letitia James has also demonstrated that even a former president can be held accountable for violations of the law. Both James and Willis are pressing forward in their respective and separate investigations of conduct involving the former president and could yield more along the lines of justice than the impeachment process, which ended with an acquittal on Saturday. 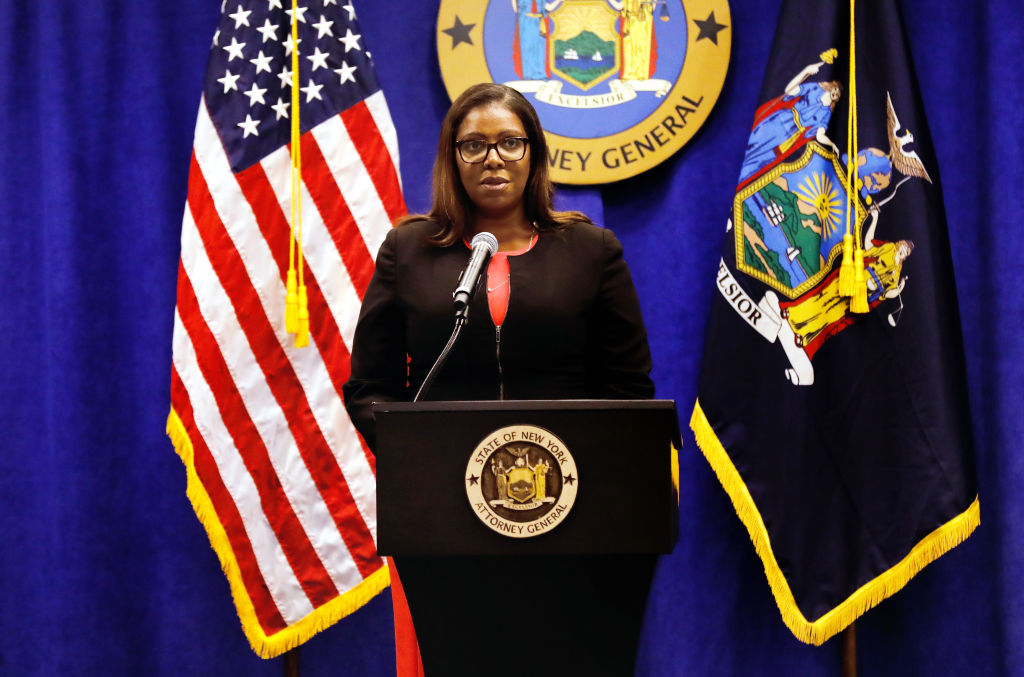 In a statement shortly after the Jan. 6 attack on the U.S. Capitol, James suggested the existence of instances involving the issuance of pardons which would open Trump up to prosecution. Noting the potential presence of “corrupt circumstances,” James reiterated that state and local investigations would not be affected. She is also investigating whether the Trump organization lied about the value of their assets.

Elected last summer after trouncing her former boss in a runoff election, Willis has practiced law for more than two decades. In an interview with South Atlanta Magazine, Willis shared that her background and full name influenced her approach to building with the community she served. Born Fani (fah-nee) Taifa Willis, the proud HBCU alum completed her undergraduate studies at Howard University and received her law degree from Emory University.

After several years in private practice, joined the Fulton County DA’s office as an assistant district attorney. Willis left the DA’s office after 17 years of service due to issues in the office. She ultimately challenged the former Fulton County District Attorney Paul Howard, calling it a classic fight against corruption and good vs. bad. Howard faced fierce opposition from Willis and accusations of corruption.

Willis recently requested the Georgia attorney general reassign two high-profile cases out of her jurisdiction. She said her predecessor used the cases as political props in the runoff election and did not believe she could adequately prosecute the cases. Leading up to the August 2020 runoff election, Howard held a press conference and made a show out of charges against police officers in the killing of Rayshard Brooks and with the attack on two HBCU students pulled out of a car in downtown Atlanta.

However, the attorney general returned the cases despite the concerns raised.

No matter, as handling two high-profile instances of police violence and an investigation into a person who was once the highest-ranking official in the entire country is the type of challenge Willis was made for.

Pardon Me: Donald Trump Pardons Lil Wayne, Kodak Black On His Way Out The White House