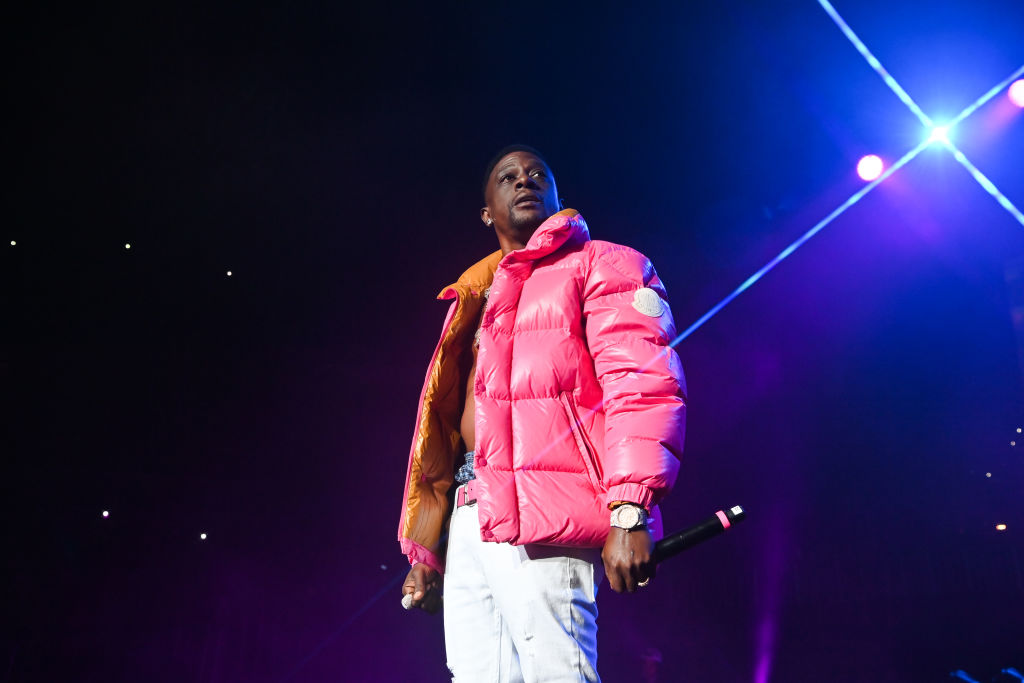 According to The Shade Room, the 38-year-old Baton Rouge rapper was arrested on Monday (October 11) on one felony and two misdemeanor charges relating to an on-stage brawl at the Legendz of the Streetz tour stop in Atlanta on October 1.

Consequently, he was charged with inciting a riot and destruction of property. Although a bond amount wasn’t released to the public, he eventually was released.

The rapper’s set during the concert was short-lived after a man in the DJ booth confronted another man on stage. Instead of Boosie letting the situation transpire without him, he also got involved. In footage obtained by TMZ, Boosie allegedly swung in the fight before it was eventually broken up.

Shortly after Boosie left the stage, Atlanta police were called to State Farm Arena for reports of vandalism around 12:41 a.m. local time. Officers were told Boosie, and his entourage damaged items belonging to the production company and alleged property owned by State Farm Arena was destroyed.

Days later, Boosie revealed he’d been kicked off the Legendz Of The Streetz tour in Baltimore and wouldn’t be making appearances on any remaining dates. A sign posted outside Royal Farms Arena announced Boosie’s removal and refunds would be issued to patrons who wanted to see him specifically.

“Boosie Badazz has been removed from the Legendz of the Streetz Tour,” the sign read. “If you would like to request a refund to this evening’s concert tour, REFUNDS MUST BE OBTAINED PRIOR TO ENTERING THE VENUE AT POINT OF PURCHASE.”

Boosie initially sought footage of a security guard allegedly pulling a gun on him and his team in the middle of the fight. He offered up a $5K reward for such information but it’s unclear if anyone assisted him.

previousSmokey Robinson Opens Up About ‘Near Death’ Experience With COVID