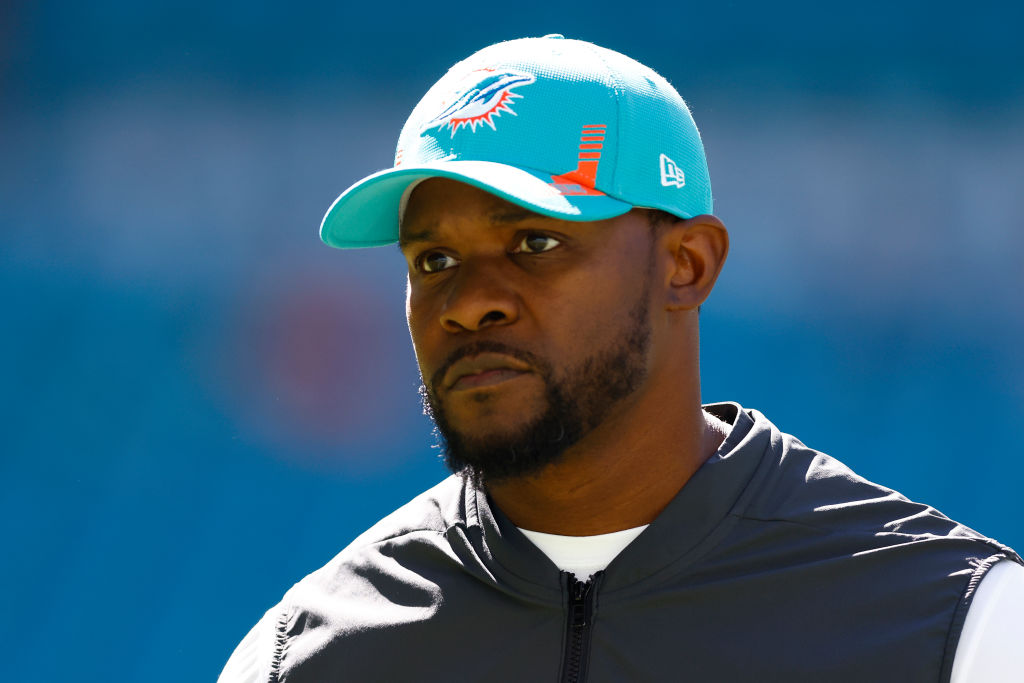 Former Miami head coach Brian Flores brought a lawsuit against the National Football League alleging racial discrimination and the freezing out of Black coaches and executives across a number of teams. To defend against Flores’ explosive accusation, the NFL hired former U.S. Attorney General Loretta Lynch in connection to the legal matter.

As reported by The Washington Post, Lynch, the first Black woman to hold the position of Attorney General, currently is a partner in the Paul, Weiss, Rifkind, Wharton & Garrison LLP law firm. Lynch and firm chairman Brad S. Karp were retained by the league to represent their side in the case. This isn’t the first case for Lynch connected to the NFL, coming after she lead the investigation into allegations made against the Washington Commanders and team owner Daniel Synder.

As previously reported by several outlets, Flores filed the lawsuit in January with the U.S. District Court for the Southern District of New York, stating explicitly that potential Black hires at the coaching and executive levels are being passed over for less qualified people due to their race.

In the suit, Flores names his former team, the New York Giants, and the Denver Broncos while adding that the entire slate of NFL teams may be engaging in this practice. Despite bringing the Dolphins to winning form, Flores was let go by the team’s front office.

NFL Commissioner Roger Goodell promises to address Flores’ concerns all while making certain the brand he oversees is doing its best to bring about diversity at all levels of the game. Still, many are skeptical and are outright questioning Lynch’s involvement.

We’ve got a handful of the reactions from Twitter below.

It’s been interesting watching people react to Loretta Lynch’s defense of the NFL.

I just hope *now* people can see why *I* ran screaming from Biglaw, leaving hundreds of thousands of dollars on the table.

This is the same Loretta Lynch who was hired by BlackRock then worked for McDonald’s in a suit against black franchise owners.

So her working on behalf of the NFL isn’t surprising. She’s a really, really shitty person. https://t.co/gecwMqfRwo

Loretta Lynch did what?? During Black History Month?? pic.twitter.com/sPSoFgjQI6

⁦@karenhunter⁩ Once again our elders are speaking loudly from the universe as it relates to Loretta Lynch defending the NFL …… pic.twitter.com/eIlLFWeU0V

The NFL can’t hire Black head coaches, but they can hire former U.S. Attorney General Loretta Lynch to defend them in the race discrimination case filed by Brian Flores. pic.twitter.com/rkuFXPHOlW

The NFL hiring former AG Loretta Lynch to defend its position against Brian Flores’ lawsuit, during Black History Month no less, is a case example of how white institutions obfuscate racial violence for which they are responsible by making Black folks clean up their mess.

The NFL is blatantly showing us who they really are. They can’t hire black head coaches, but can hire a black attorney to represent them in a discrimination case that was filed by a black man. Loretta Lynch may as well lick the shit off the bottom of these white men shoes. pic.twitter.com/zkZe11miAY

Loretta Lynch representing the NFL in their discrimination case

If you thought Loretta Lynch defending the NFL was bad, I have a boatload of cases on the federal docket to show you of multi national law firms defending the horrendous and shitty things corporations do

Real question, if Jay-Z is stained as a sellout for partnering with the NFL, what does that make Loretta Lynch for defending the NFL against Brian Flores case center on race discrimination? Because I FULLY get why the NFL did the hire, but the question is why’d she take the job? pic.twitter.com/osjfcxgBrq

I don’t doubt that the NFL pulled up the Brinks truck to Loretta Lynch’s house, but Jesus. What happened to integrity? pic.twitter.com/J9D1hqXuQ0

The NFL hiring Loretta Lynch to defend them against a racial discrimination lawsuit is the equivalent of saying you’re not racist bc you have a black friend pic.twitter.com/zzn2xgqZ24

Not Loretta Lynch defending the NFL and McDonalds in racial discrimination suits. Does she think we can’t see her? Or does she just not care? https://t.co/RDsjqVM2SJ pic.twitter.com/BXFWiLl9cs

previousSavannah James Is Our Fashion Goals In Her Latest IG Pic

nextSave the Best for Last: Celebrate Pisces Season With A Gallery Of Creative Celebrity Pisces