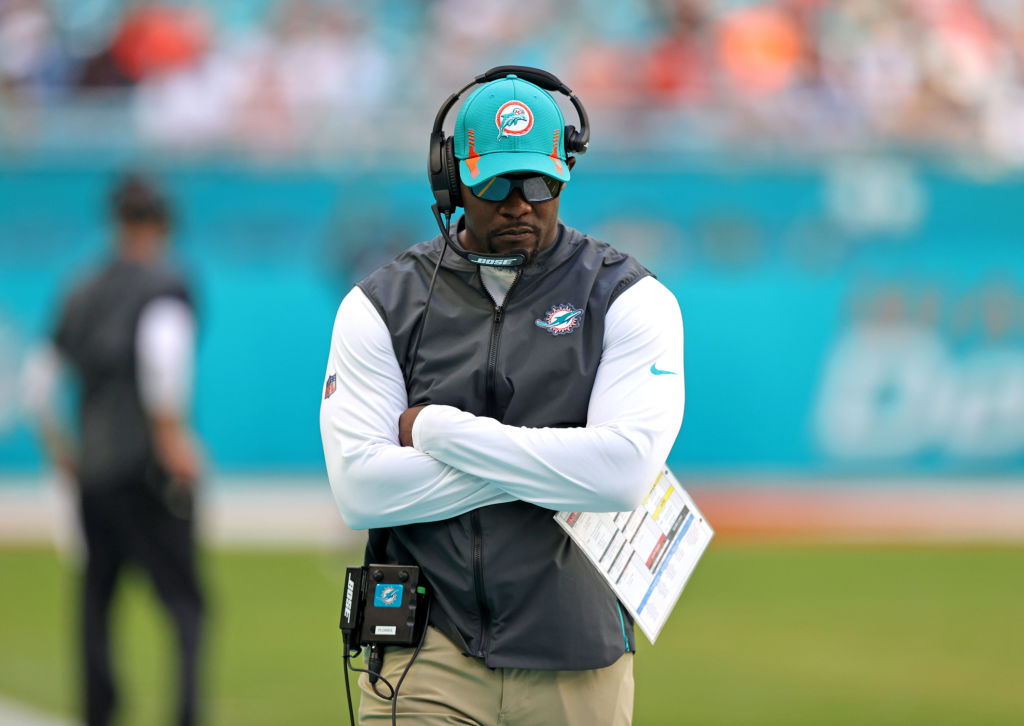 Speaking on the “I Am Athlete” podcast co-hosted by former NFL wide receivers Chad Johnson and Brandon Marshall, and Omar Kelly of the South Florida Sun-Sentinel, Flores alleged he was given tasks that he doesn’t think would have been required of a white head coach. Flores went 25-24 in three seasons with Miami before being let go on Jan. 10.

Flores, who was hired over the weekend to be a senior defensive assistant for the Pittsburgh Steelers, filed a class-action lawsuit against the NFL alleging racist hiring practices. Flores has no plans to abandon the lawsuit even though he has returned to coach in the league.

Flores did not offer specifics on what the Dolphins asked of him that he considered racially based.

Flores, who turns 41 on Thursday, is now on the staff led by Pittsburgh’s Mike Tomlin, one of three Black head coaches in the league along with Houston’s Lovie Smith and Miami’s Mike McDaniels, who identifies as biracial. Flores interviewed for the job that ultimately went to Smith, who was an assistant head coach for the Texans last season. Flores has maintained he was not hired because of his pending litigation against the league.

Pittsburgh general manager Kevin Colbert said Monday that hiring Flores was based on Flores’ track record. Flores won four Super Bowl rings with the New England Patriots and made the defensive calls during a 13-3 win over the Los Angeles Rams in 2019 that gave the franchise its sixth championship.

“I think (the hiring) says that we hired a very good quality defensive coach that can maybe help us win games,” Colbert said. “And really beyond that, there’s nothing else to say.”

Flores, like other Black assistant coaches in the league, including Pittsburgh Steelers defensive coordinator Teryl Austin, believes NFL owners — the owners of 30 of 32 are white — are simply more likely to choose leaders who reflect what they see in the mirror each morning.

“There’s a change of heart that needs to happen,” Flores said. “We’ve got to open our minds up.”