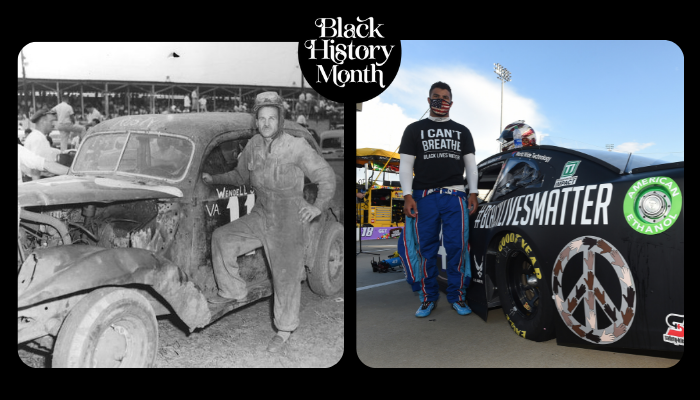 There is power in knowing our past, better understanding the present, and predicting the future. As a culture, no matter how far we’ve come, we must look back and educate ourselves on the roots we come from.

People of color have broken barriers dominating the sports industry for generations. In December 1963, Hall of Famer Wendell Scott trail blazed a sport we never saw black men participate in before, NASCAR. At the time, Scott was the first and only African American driver to take home a cup win at the top level.

RELATED: This Is Why Racist Nascar Fans Are Afraid Of The Takeover [VIDEO]

Before There Was Buba Wallace, there was Wendell Scott.

A Danville, Virginia native, Scott began his career after a local promotor searching for black drivers allowed Scott to compete in his first stock car competition. At that moment, on May 23, 1952, he broke the stock car color barrier at Danville Fairgrounds dirt track, competing in his old Ford car. After competing in his first race, he was convinced he had what it took to compete after placing third and receiving a $50 reward.

“Once I found out what it was like, racing was all I wanted to do as long as I could make a decent living out of it.” – Wendell Scott

Being a Black racer living in a segregated society in the 1950 and ’60s, he experienced many roadblocks and obstacles throughout most of his career. Often discrimination left him, and his family banned from hotels, restaurants, and essential services because he was Black.

Scott separated himself from other race car drivers with his ability to stretch a dollar and determination to win. He successfully competed against teams with more money and resources and outworked them. Despite his financial limitations, he still provided for his wife and seven children.

“He was a wonderful father, wonderful grandfather. His mission was to always try and impact the community,” Warrick Scott, Wendell’s grandson, said.

His persistence to win and undefeated attitude helped fuel him to make a name for himself. Utilizing used race cars purchased from other drivers and teams, his kids assisted their father with car repairs. Not only was he a great driver on the race track but off of it too, steering his family and community in the right direction. Despite experiencing injustice during his career, Scott pushed through, winning hundreds of short-track races throughout the region and capturing the Virginia NASCAR Sportsman Championship in 1960.

On December 1, 1963, Scott competed in the Jacksonville 200 at Jacksonville’s Speedway Park. He passed Richard Petty with 25 laps remaining, but Buck Baker, who finished second, was awarded the trophy and declared the winner in Victory Lane according to the Associated Press.

“I’m no different from most other people who’re doing what they like to do.” – Wendell Scott

Hours later, race officials discovered Scott was the real winner and had lapped the entire field twice. Unfortunately, he was not formally acknowledged as the winner with a trophy or credited for his victory for another two years due to race and social barriers. Scott and his family longed for a proper celebration for years to come. Scott even told his son that he would get that trophy even if he weren’t here to receive it. Eventually, Scott retired due to injuries suffered in a crash in 1973 at Talladega Superspeedway and later died in 1990 of spinal cancer. 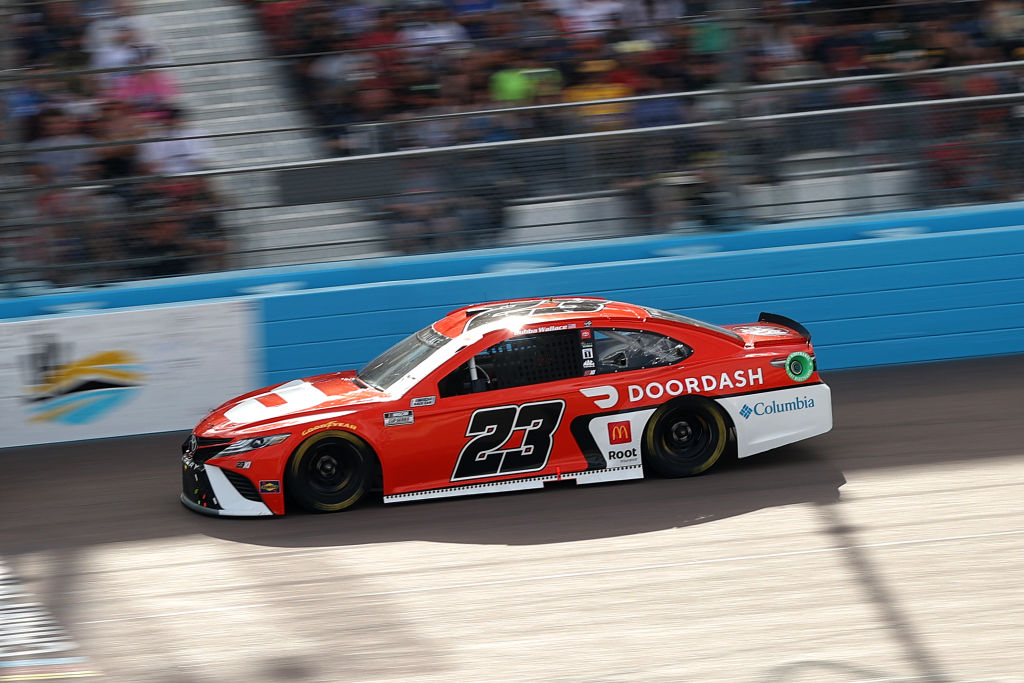 With a roaring crowd gathered behind his pit cheering him on, waiting for history to be made, Bubba Wallace paid tribute to the late Wendell Scott for paving the way for black men in NASCAR. Wallace carried Wendell Scott’s number and paint scheme to victory in a Truck Series race at Martinsville Speedway on October 25, 2014. Seven years later, Wallace would make history of his own.

At Talladega Speedway on October 5, 2021, Wallace would win the YellaWood 500, becoming the first driver since Scott to win a NASCAR Cup Series race.

Scott was inducted into the NASCAR Hall of Fame in 2015 and was presented with a historical marker. The statement on the marker praises Scott for “persevering over prejudice and discrimination.”

In his 13-year career, Scott notched 20 top-five finishes and NASCAR decided to present the trophy he rightfully won to the family just one day before what would have been Scott’s 100th birthday. 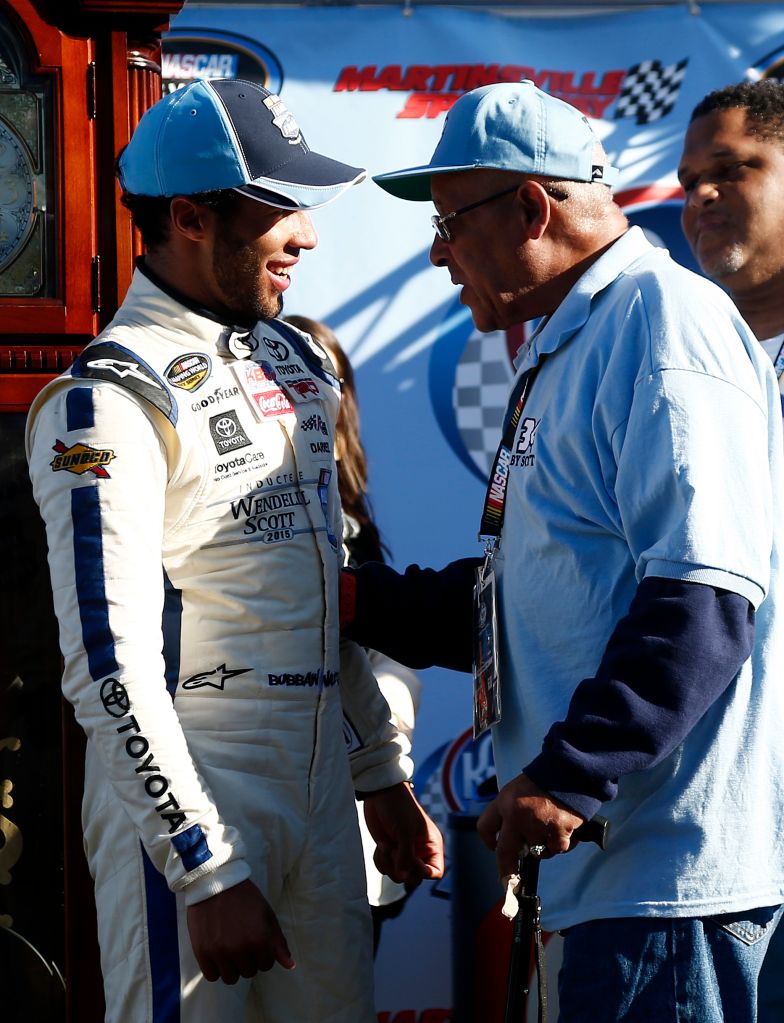