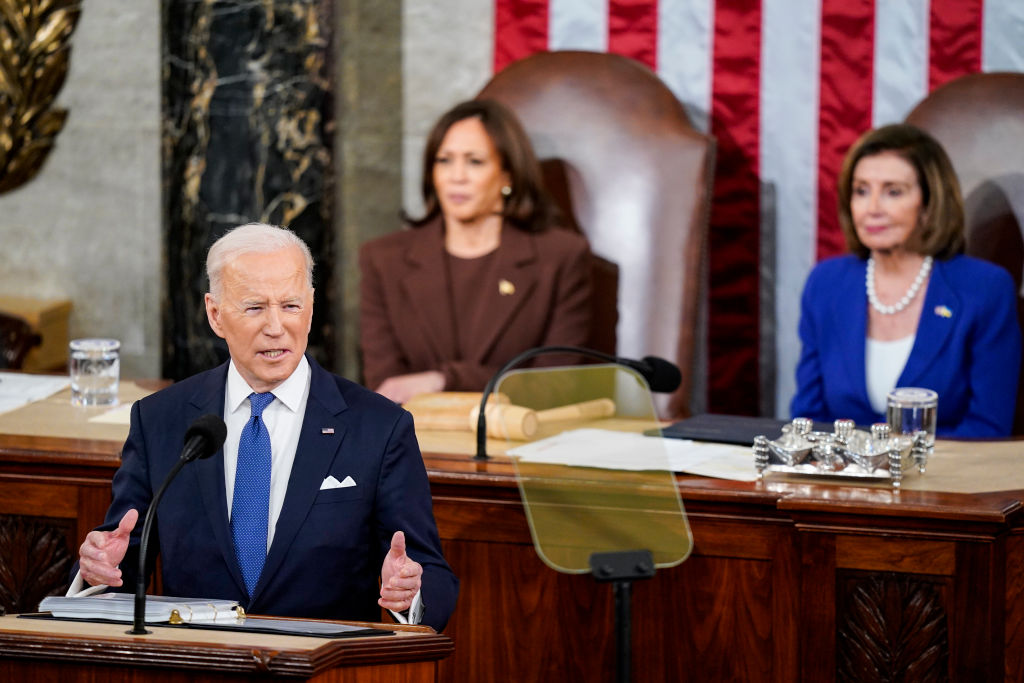 It was tantamount to making a U-turn from the pro-Black lane Biden has been cruising in since the 2020 campaign trail after he made repeated appeals for support from the Black voters who ultimately secured his election. The speech even included language espoused by the same Republicans who have tirelessly and repeatedly blocked legislation that would address the very issues polling shows are of the utmost importance to Black America.

Journalist Charles Blow noted on the Black News Channel that Biden made strong remarks about Black people during his speech marking his first 100 days in office. But on Tuesday night — a little more than one year in the White house — Biden said “not one word” about Black people, Blow said while finding irony in how the president went from lamenting the murder of George Floyd to calling for funding the police during his address.

While Biden made fleeting mentions of hot-button topics like police reform, voting rights, abortion laws, the widening racial wealth gap, and HBCUs, for him to fail to place them, at least in part, in the Black American experience, in particular, could have a disastrous effect for the president and Democrats alike as the crucial midterm election season progresses.

“We don’t need to defund the police, we need to fund them… with resources and training”

What freaking bollocks. But it’s what whites want to hear. #SOTU

Biden said the U.S. must secure borders and “fix the immigration system” without even acknowledging the racist violence against Haitians by U.S. Border Patrol, for example.

Disappointed that @POTUS spent so little time speaking about the inequities that Black communities face, from attacks on our voting rights to ongoing attempts to erase and stifle Black history. #SOTU

POV: listening to Biden declare “the answer is not to defund the police, it’s to fund the police”#SOTU pic.twitter.com/ZegIneiCvU

To discuss all of the above while ignoring the related urgency for Black Americans, in particular, could come across as a snub at best, to put it mildly.

Biden’s approval rating is under 40%. His approval w/ Black voters, the CORE Democratic constituency is in the 60’s/70’s. What part of that #SOTU was targeted to appeal to black voters? What black voter was moved from apathy to activism?

In spite of the above, there were a small handful of notable instances in which Black people were the focus.

Keep reading to find the few Blackest moments of the State of the Union address.

In a historic first, State of the Union viewers saw Kamala Harris holding court directly behind Biden during his entire speech. The gravity of the moment was hard to deny, especially as Women’s History Month kicked off. 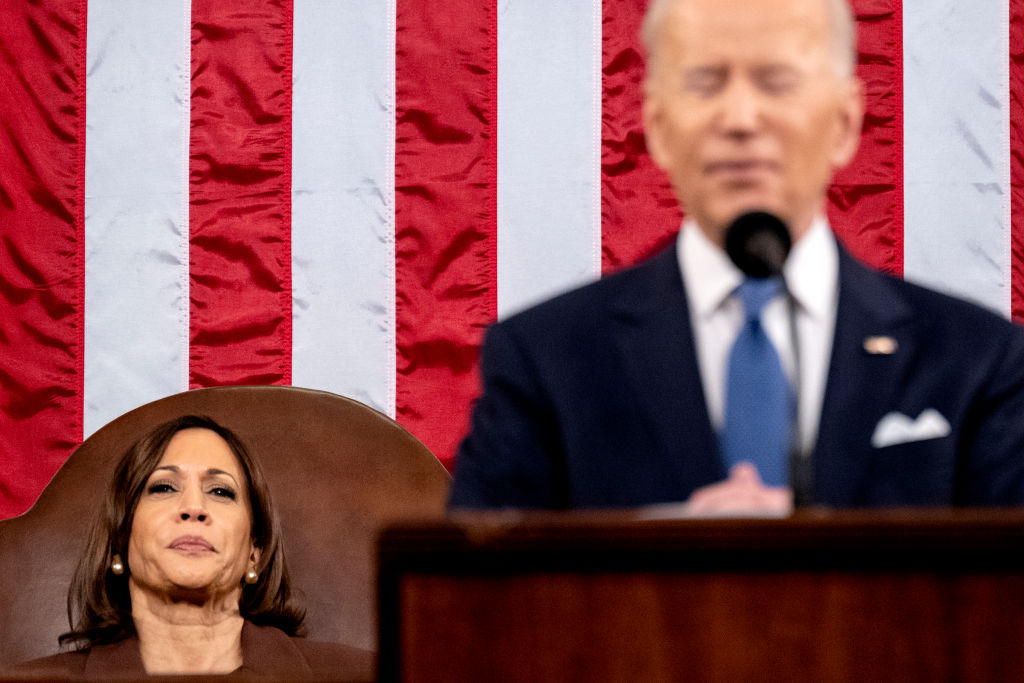 Georgia Rep. Lucy McBath had a moment Tuesday night as Biden was calling for the gun violence to be addressed. While the president did not mention McBath or her plight as a mother grieving the 2012 shooting death of her son, Jordan Davis, over loud music, the Democratic Congresswoman could be seen reacting to Biden’s words that clearly hit home for her.

Biden took a few moments to tout his historic pick for the U.S. Supreme Court, Ketanji Brown Jackson, and called for the swift confirmation of someone who stands to become the first black woman Supreme Court justice.

Pittsburgh-area steelworker Joseph “JoJo” Burgess was first lady Jill Biden’s special guest in her viewing box and got a shout out from the president because of it. He was the lone Black guest out of eight people invited by the first lady.

Powered by people I’ve met like JoJo Burgess, from generations of #union steelworkers from Pittsburgh

But that’s pretty much as “Black” as the State of the Union address got.

Was anyone expecting Biden to don a dashiki and kneel to mirror the Democrats’ performative gestures toward Black America? Probably not.

But could the president have done a better job acknowledging the group of loyal supporters to whom the lion’s share of his campaign promises has gone unfulfilled; a group whose help Democrats will likely be calling on in a few short months? Probably so.

previousAshanti Gives Us Fashion Envy In A Black Mugler Set