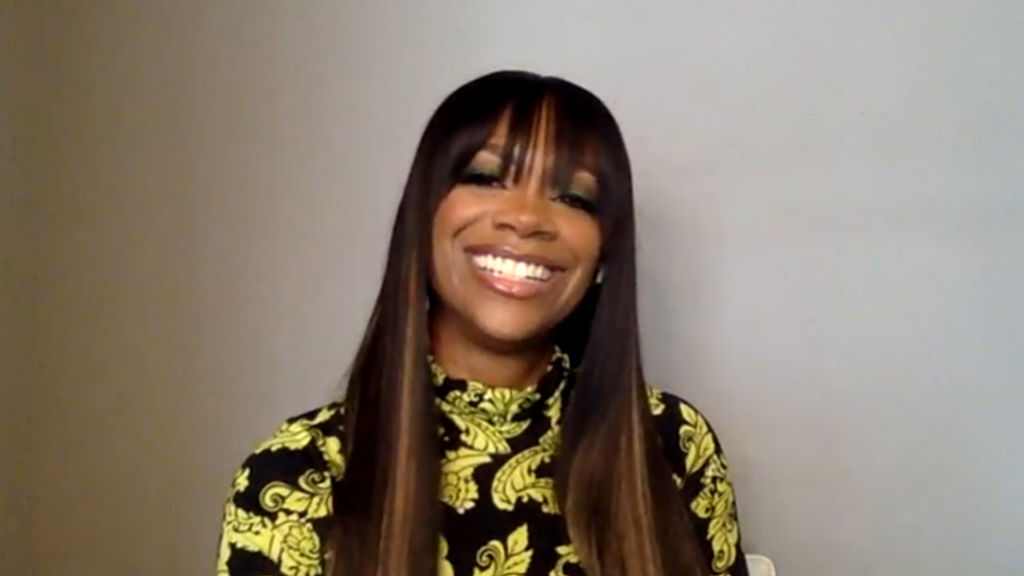 Kandi Burruss is getting us all ready for the next season of The Real Housewives of Atlanta and according to the reality star, the new season is “fire.”

In a sit down with Andy Cohen on Bravo’s Watch What Happens Live, the television personality rocked a beautiful curve-hugging lime green dress and opened up about what it was like filming this season with a new set of Housewives, confirming that this season will be just as crazy as ones from the past. “Oh, I think it’s fire. It’s fire,” she said. “You know, I tell everybody I’ll admit at the beginning, when we lost two peaches, I was a little nervous. But I am so happy with how it all came together. When I tell yall, it was just craziness from beginning to end. Funny. A lot of funny. A lot of people showing a lot of transparency. So you can see what’s happening in these relationships.”

Andy then chimed in, “I also like it because there actually was a lot of sisterhood too There was a lot of rooting each other on.”

To which Kandi replied, “Can I say it was different taping this year. I guess I’m used to dealing with some of the people from the past where we didn’t really talk a lot. But the girls this season, they really wanted to keep in touch. Keep the group text going. Talk outside of filming.”

“It feels like that,” Andy interjected and Kandi then confirmed, “It was a lot different.”

Check out the clip below via The Jasmine Brand.

While we’re getting ready to catch Kandi in the next season of RHOA, we can now catch her on her new series, Kandi & The Gang, which premiered on Bravo this week. The new reality series will follow Burruss and her husband, Todd Tucker, along with the staff of OLG while showing Kandi’s family and friends as they face a “much-needed change at the restaurant while juggling their career ambitions, larger-than-life personalities, and personal lives,” according to a statement in a press release.

Will you be watching?