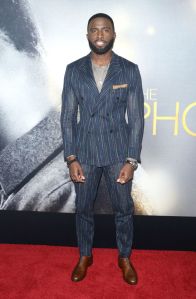 The Spook Who Sat By The Door was a novel released in 1969 and made into a film in 1973, which centers on the fictional tale of the CIA’s first Black officer. A pilot was announced to be coming soon to FX and now, the potential series has cast its lead in Y’Lan Noel.

The original The Spook Who Sat By The Door story came to the masses in 1969 via the late Sam Greenlee. The book was profound for its time and the 1973 film has retained classic status among viewers for its innovative take on a Black person’s experience in a world where they are an exception and not the rule.

According to the good folks at Deadline, Noel, who some may remember from his role as Daniel on Issa Rae’s hit HBO show Insecure, will play the role of Dan Freeman, a Black nationalist who goes undercover to learn the inner workings of the CIA. In the book, Freeman is a war veteran seemingly loyal to the flag but finds himself aligned with the Black Power Movement covertly.

Lee Daniels is the executive producer of the project with Leigh Dana Jackson serving as the lead writer of the series. Gerard McMurray will direct the series. Daniels gave a nod to the Deadline team via Twitter after retweeting the announcement via Quote Tweet.

Noel also starred in The Photograph and has been a member of Insecure‘s main cast since its second season. Noel’s latest upcoming film is A Lot of Nothing, directed by Mo McRae.

previousDr. Wen weighs in on how vaccinated parents should approach play dates, restaurants and traveling while their kids are unvaccinated