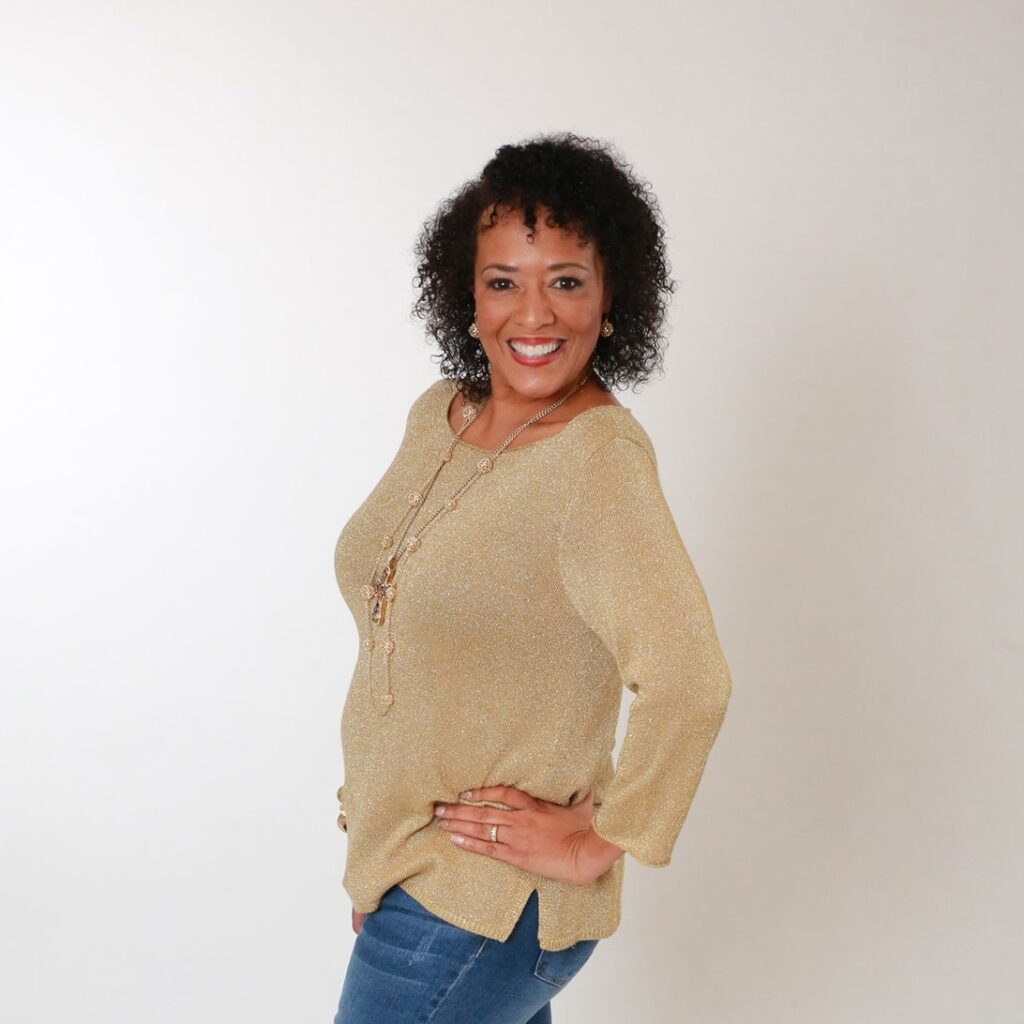 Liz brings sunshine, happiness, and pure elation to her listeners every show.

Born in New York, Liz’ journey into the entertainment arena is rooted in her gift of gab. Since she was a toddler, Liz was very vocal and by the age of 5 she’d already developed a passion for emceeing talent shows and other events.

Liz started her career as a model appearing, in TV commercials and Billboard ads. She eventually became a member of the Screen Actors Guild and began to audition for various television roles.  She appeared in VaShawn Mitchell’s “Nobody Greater” music video and has hosted Gospel Amateur Night at the world famous Apollo Theater.

In 1990 Liz began the second phase of her life when she accepted Christ as her Lord and Savior and committed herself to the ministry of kingdom building.  Shortly after her spiritual rebirth, Liz began honing her “talking” skills while touring with the Al Dixon Life Games – a group of athletes determined to make a difference in the lives of young people. In 2001 Liz founded New Mercies Café, a Gospel Experience & Showcase (www.LizBlack.com).  From New Mercies Café the very popular Liz Black & Friends Gospel Variety Show was spun-off.  For nearly four years Liz ran an internet radio station which she started in 2002 when the concept wasn’t even popular.  The station had regular listeners in 98 countries.

Liz has worked with the likes of radio veteran Kevin Cottrell of Salem Communications, Donnie McClurkin and Hezekiah Walker.  She has hosted KISS Inspirations (98.7-KISS FM), The Yolanda Adams Morning Show, Entertainment News 970am, and Bishop Hezekiah Walker’s Afternoon Praise 1190am.
She is the founder of the Gospel Artist Network (www.gospelartistnetwork.net), which she established as a means to mentor independent artists. Liz is also proud of her yearly coat drive which has been sponsored by companies like Kmart and Sears.

Liz is the 2013 recipient of the Woman of Excellence Award from Rev. Al Sharpton’s The National Action Network Woman’s auxiliary. She is also the 2018 winner of a Spin Award for Radio Personality of the year and Host of the year.

Liz’s favorite scripture is Philippians 4:13 “I can do everything through Christ who strengthens me.” Liz uses this scripture as her mantra as she goes about her daily ministry of talking to the masses. For booking info call 747-777-6134 or email info@lizblacklive.com. All social media @Lizblacklive.