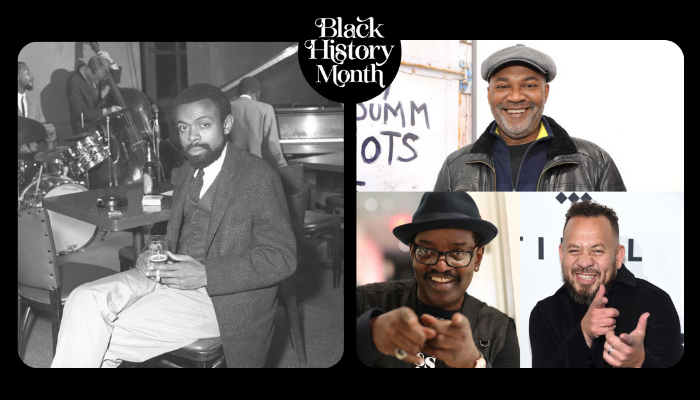 Music journalism is almost as influential as the art form itself, giving an analysis on the artists putting pen to paper to create the hits we love, forming opinions on the producers that pair a beat to the lyrical content to bring it all to life and ultimately critiquing the songs that result from all that hard work in the studio. From hip-hop and R&B to wherever else you can find Black creatives making music, there will always be a music critic in place to put the complete picture in perspective.

When it comes to being a Black music journalist, though, the responsibility to uphold the culture and give an honest take on the musicians representing us becomes all the more significant.

“The music was the score, the actually expressed creative orchestration, reflection of Afro-American life … That the music was explaining the history as the history was explaining the music. And that both were expressions of and reflections of the people.”  — Amiri Baraka (as LeRoi Jones), Blues People: Negro Music in White America (1963) (SOURCE: Collection of the Smithsonian National Museum of African American History and Culture)

Amiri Baraka, one of the pioneers of Black music criticism, gave an early perspective on creating Black music in America with his groundbreaking literary work of art, Blues People: Negro Music in White America, in 1963. He argued that our history could be traced back to the music our people made through the early days of jazz and blues, and his unfiltered way of breaking down the musicality and the legendary African Americans making it went on to inspire a long list of successors that would use the same model in their critiques.

Just a few decades later came the works of Nelson George. He is widely recognized as a critical player in the lane of contemporary Black music critics that helped shape the standards that many writers use as a study guide.

George’s career as a celebrated music editor for Billboard Magazine throughout the ‘80s and then music critic for The Village Voice, where he also spearheaded the fan-favorite column “Native Son,” gave us one of the most cohesive examples of what the Black perspective looked and sounded like when reporting on the culture of music. He later progressed his writing more into filmmaking and television production, but Nelson’s literary works like Hip Hop America (1998), The Death of Rhythm and Blues (2003), The James Brown Reader (2008), The Hippest Trip in America: Soul Train and the Evolution of Culture & Style (2014), and his D Hunter series of hip-hop/R&B-themed novels that at one point was being optioned by rapper/actor Common give an excellent base for learning to those looking to follow in his music journalism footsteps.

Now that I’m older I hear the blues differently. I hear the world of my grandparents and great parents, people I never met or scarcely knew, in the sounds and songs of #HowlinWolf and his peers. It’s not music. It’s a universe.

Another early purveyor in music journalism is hip-hop icon Fab Five Freddy. Born Fred Brathwaite, the Brooklyn-born visual artist used his knowledge of street art and graffiti to land a historic role as host of the legendary music video show, Yo! MTV Raps. Fab 5’s approach to the game was more on the side of broadcast journalism, using live reporting skills to get exclusive interviews from rap icons like A Tribe Called Quest, Public Enemy and the late 2Pac that felt non-forced and highly relatable.

Today you see each of those tools mentioned above of the trade being incorporated by a new breed of Black music critics that have the Internet at their exposure and focus heavily on video content to help get their stories told. Elliott Wilson, former EIC of XXL Magazine, founder of popular hip-hop news site RapRadar.com and current Editorial Director for JAY-Z’s music streaming service TIDAL, is a prime example of a Black journalist simultaneously making an impact on the world of media with his writing, on-air personality and the burgeoning platform of podcasting.

A never-ending public demand for new music will forever produce an era of Black music critics ready to give their take on making the music make sense. We’re just glad the forefathers mentioned above, in addition to many others throughout the years, have laid down a solid foundation to keep the pen-pushing forward.