Every week, Peacock‘s “Bel Air” continues to show that although it takes some storylines and plot points from the original show, it is its’ own completely different entity. 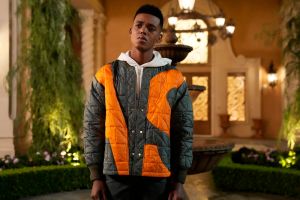 This was especially apparent in the fifth episode of the season which was released Thursday(January 25th). Entitled “PA to LA,” episode five picks up where the last one ended. As promised by Aunt Vivian(Cassandra Freeman), Tray(SteVonté Hart) was flown out to Los Angeles to visit Will(Jabari Banks). Will’s longtime best friend from West Philly is immediately astonished by how lavish the Banks family is living. In the midst of taking in Will’s new living conditions,  Tray makes multiple mentions about Will moving back to Philly which is met by hesitance from Will and Aunt Viv. This leads to a conversation between Aunt Viv and Will’s mother Vy (April Parker Jones) where the two discuss Will’s future. Vy warns Vivian that she isn’t Will’s mother and that he is still a child and can’t make his own decisions. 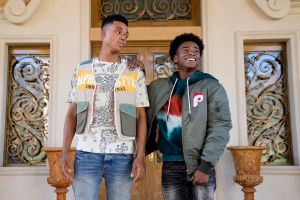 This casting is insane. #BelAir pic.twitter.com/p5iBWJ4voL

Later in the episode, we’re introduced to the housemates that Hilary(Coco Jones) will potentially be living with in the influencer house she’s been invited to. At a dinner thrown by the Banks family to show their support for Hilary, a drunk Tray spills the truth to Carlton(Olly Sholotan) about how and why Will was really sent to live with them. This upsets Carlton and makes him question all the values and lessons that his father has taught him. Instead of letting the discovery infuriate him any further, Carlton decides to use the information to his advantage. He threatens that he will snitch if Will doesn’t stay out of his way at school and away from Lisa completely.

I hope Aunt Viv don’t drop it low for Michael Ealy. I still haven’t forgiven him for tossing them kids out the window in For Colored Girls. #BelAir pic.twitter.com/viXnYh7mho

This episode we also see Aunt Viv dipping her toe in the waters of returning to the art world by visiting a gallery where she meets up with Reed Broderick (Michael Ealy) who is VERY eager to have her work in his space. We’re pretty sure there’s a lot more to this plot point coming in the next few episodes. 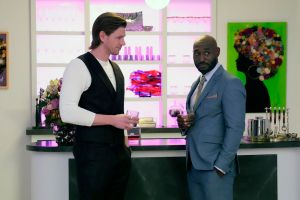 Uncle Phil (Adrian Holmes) takes Will and Tray to a D Smoke concert the next day, where tensions start to rise between the two. Tray starts to make plans for the two regarding Will’s return to Philly but Will brings up the idea of staying back in Los Angeles and “working on himself.” This causes the duo to get into a heated argument that almost comes to physical blows. All while this is happening, Phillip is pressured by his associates to change the approach he’s taking for his campaign. Although he’s leading in the polls, his statements that he would defund the police if he became District Attorney don’t sit well with a lot of supporters.

This scene with Hilary and Ashley is probably one of my favourite scenes of the season so far #BelAir pic.twitter.com/H5gaYxAyGI

Unrelated, one of the most heartwarming scenes of the episode takes place between Hilary and Ashley(Akira Akbar). Ashley expresses to her older sister that she likes her friend Lucia. She tells her that she hasn’t told their parents because she hasn’t completely ruled out boys yet and doesn’t want them to think it’s just a phase for her. Hilary reassures Ashley that how she’s feeling is absolutely normal for a 12-year-old and that she’s happy that she felt comfortable disclosing that information with her. 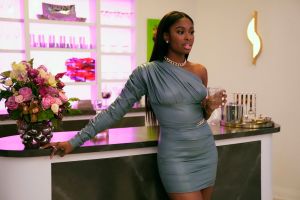 In the concluding minutes of the episode, we see Uncle Phil painted as an Antifa supporter and Hilary and Aunt Viv settle their past differences. The episode ends with Tray cutting his trip early and eventually going back to Philly after he and Will end up being unable to see eye to eye on there being more to life than just the city they know. Will then breaks the news to his mother that he is going to continue to live in Los Angeles instead of coming back to Philadelphia.

All-in-all episode five proved to be a pretty eventful one but it left us with more than a few questions.

Since his mind is made up that he’s staying, what will happen next for Will in Los Angeles? Where was Geoffrey in episode five? Will Uncle Phil stand on his word or will he fold under the pressure? What was up with Aunt Viv and Reed Broderick?