Public Seales Announcement: A Poem For Tyre Nichols + Words For His Killers

Keke Palmer may not be invited back to the annual star-studded Met Gala after she posted a photo of her wilted salad as part of her 3-course meal at the event held on Monday night in NYC.

The actress captioned the image: “This is why they don’t show y’all the food. I’m just playing.”

Per TMZ…Chef Marcus Samuelsson — the restaurateur/chef who helped select the 10 up-and-coming chefs who created the Met Gala menu — defended the menu at the  $30,000-$50,000 per ticket Met Gala. In case you missed it, check out Palmer’s post of her plate below. 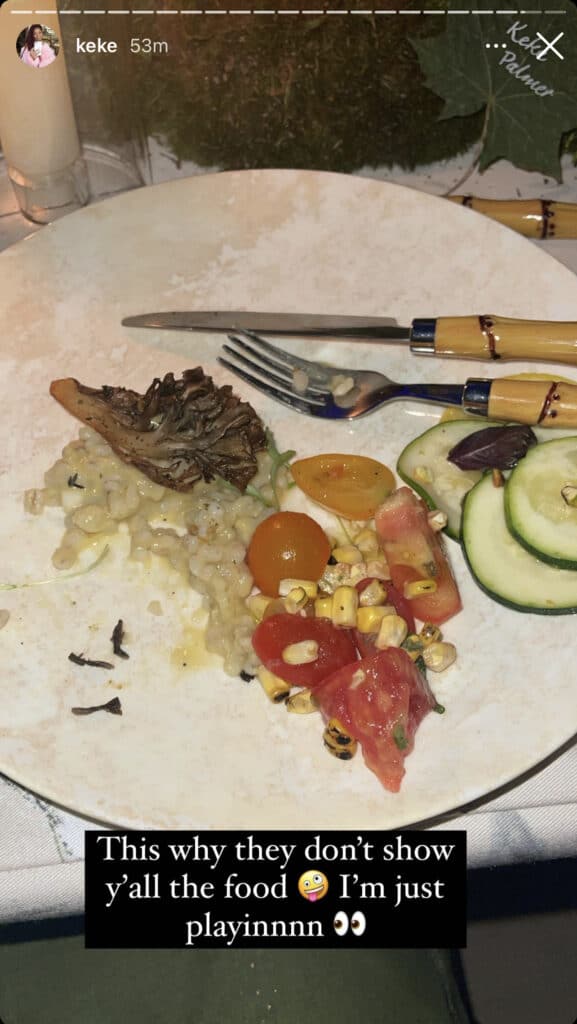 Here’s more from the outlet:

As for Keke’s plate, Marcus tells us it was barley topped with roasted mushrooms, tomato salad with corn and zucchini slices. Marcus says food, like anything, is a matter of taste, and it tasted plenty good. Marcus, in collaboration with Bon Appétit, selected and then challenged 10 NY chefs to create a sustainable, plant-based menu … hence all the fruits and veggies. Some of the fare included 6 hors d’oeuvres and a watermelon pumpkin salad. Dessert included an apple topped with chocolate mousse … because this event’s about as boujee as it gets.

“American Independence” was the official dress code, inspired by the Costume Institute’s upcoming exhibition, “Part One — In America: A Lexicon of Fashion,” ET Canada reports. “It was revealed earlier this year that the Met Gala would be returning twice after it was cancelled last year due to the coronavirus pandemic.”

As reported by Vogue, Part two, “An Anthology of Fashion,” will open on May 5, 2022, in the period rooms of the museum’s American Wing. The live stream for the first part will begin at 5:30 p.m. ET, live from New York City.